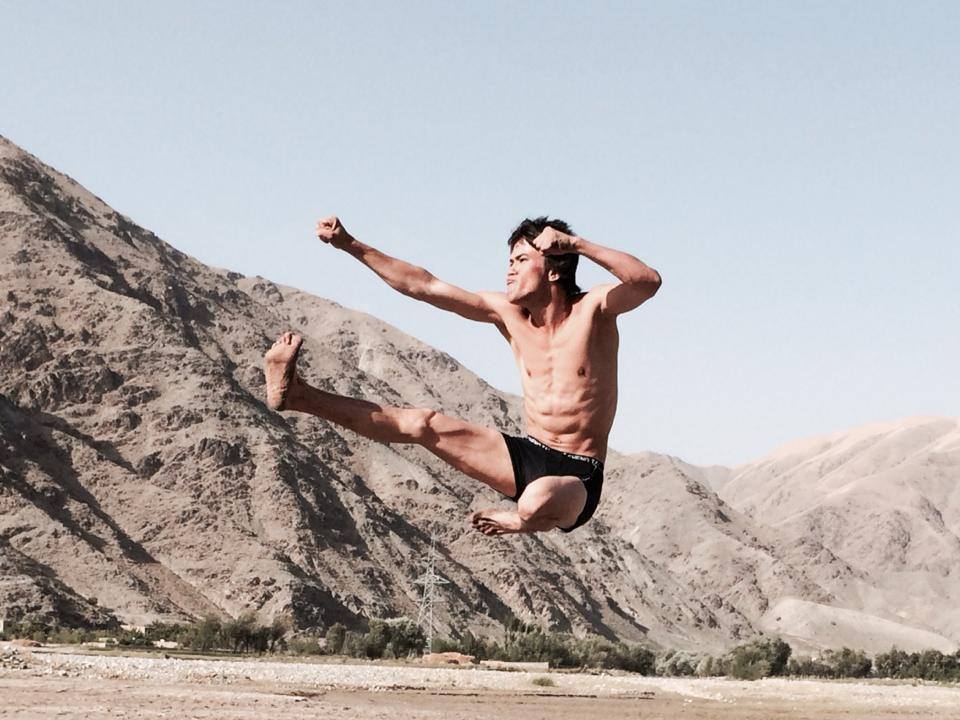 He is reportedly 20 years old, resides in Kabul, and calls himself Bruce Hazara or the Bruce Lee of Afghanistan.

Abdulfazl Abbas Shakoory not only has an uncanny resemblance to the late Kung Fu master and Hollywood icon, Bruce Lee; he also jumps, kicks and performs martial arts stunt like him.

Shakoory became something of an Internet sensation when his photos and videos in which he depicts the Kung Fu legend’s moves started going viral on social media sites.

Seeing him as an inspiration, Shakoory grew up watching Lee’s films and teaching himself the style and the personality of the late 20th century star, reported to the Afghan Zariza.

The martial artist is also weapon savvy and knows how to use the Nunchaku, a traditional Japanese martial arts weapon consisting of two sticks connected by a short iron chain. Lee used Nunchaku in his films as well.

Excelling at his latest martial arts sport, the Wushu, which is a full contact sport derived from Chinese martial arts, Shakoory ranked among the highest performers at a recent Wushu tournament in Kabul, according to Daily News.