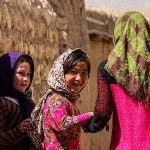 On the evening of May 8, a car bomb exploded in front of a high school in a majority Hazara neighborhood of west Kabul, Afghanistan. The blast killed more than 85 civilians and injured at least 150 others, almost all of them schoolgirls aged between 13 and 18. Images shared on social media showed bloodied backpacks, crushed shoes and torn notebooks strewn beside the burning carcass of the vehicle used in the attack.

As the United States has started to formally withdraw its troops from Afghanistan, life keeps getting harder for the vulnerable ethnic …read more